Get your one on one on!
Increase your IQ of the Game

The goal of the private lesson is to give the player a chance to perform at their maximum potential with individual skill sessions. These sessions will consist of multiple fundamental aspects of lacrosse, while giving every player a more detailed training for their area of interest.

Each individual lesson is unique as it depends on the players merit, however, the main focus is to implement strength, speed, footwork and conditioning while performing drills to enhance the stick skills.
If you’re interested in taking your game to the next level,
shoot one of the coaches an email!
Offensive Coaches

Attack: Change direction (COD), change of speed (COS), footwork, shooting, and fakes.
Midfielders: Shooting on the run, room and time shooting, dodging, fakes, COD, and COS. 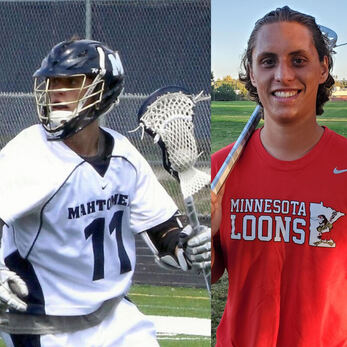 Joshua played for the powerhouse Mahtomedi High School, in Minnesota as well as various club teams. After high school, he continued his lacrosse career while attending the University of St. Thomas,  six-time MCLA DIV II Champions, earning a Bachelor of Art degree in Entrepreneurship .  He returned to his alma mater and took over as the Mahtomedi Offensive Coordinator for the last couple of years and was also sought out to assist with the Minnesota Loons Select club team. 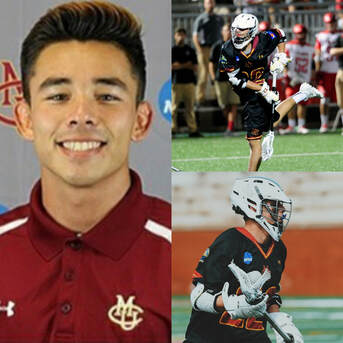 Michael received his Bachelor of Science degree in Kinesiology,       Health and Fitness Promotion and had a very successful college career playing for Colorado Mesa University (CMU), NCAA DIV 2.  In his four years with the Mavericks he was awarded postseason RMAC 1st the team All-League and was a 4-year starter.  Prior to attending CMU Michael was a four starter at Mt Carmel and was a member of the 2015 CIF championship.
Available June 2020.
CMU Highlight
Coming Soon:
Evan Clement
Defensive Coaches
Defense: Proper footwork, stick checks, turn drill and breaking down, redirect passing, and communication.
Goalie: Attacking the ball, proper sliding techniques/footwork, communication, and breakout passing. 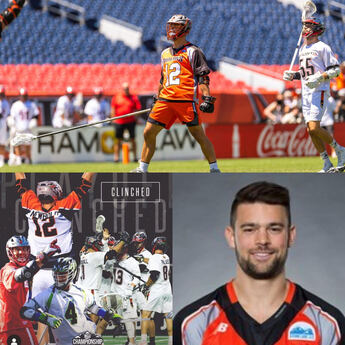 Andrew currently plays as a professional in the Major Lacrosse League (MLL) for the Denver Outlaws. Prior to going PRO, Andrew received his Bachelor of Science degree in Finance & Economics and had a very successful college career playing for Sacred Heart University, NCAA DIV 1.  In his four years with the Pioneers he was a three time All Conference defenseman player and was selected to lead their team in his last 2 years as their team captain.

Michael earned a Bachelor of Science in Sports Management along with a minor in Business Administration.  He was a four year starter at the Faceoff (FO) position while earning RMAC MVP in the 2017 RMAC Conference Tournament, being ranked top 10 in the country in FO percentage his sophomore and junior year and earning 1st Team All RMAC three times.  Prior to Colorado Mesa University, Michael played high school ball at Aliso Niguel High School.